Mt Tongariro – long considered a peaceful neighbour to the rowdy Ruapehu – is much more fiery than we ever realised, says a scientist sharing new findings today.

GNS Science volcanologist Brad Scott, among scientists giving presentations in a workshop at Whakapapa Village, has found evidence of eruptions at Mt Tongariro that weren’t previously on the records.

Tongariro’s dramatic eruptions in August and November of 2012 transformed our understanding of what had been considered a comparatively docile mountain, Mr Scott said.

When ash shot from the Te Maari Crater 7km into the sky shortly before midnight on August 6, it was thought at the time to have been the first blow there since 1896.

But Mr Scott has since found records indicating an eruption at the crater in 1928, with other events at Red Crater – a feature of the Tongariro Alpine Crossing – in 1909, 1926, 1927 and 1934. Further, there was volcanic unrest at the mountain right up until the 1970s, he said.

“We all knew Ruapehu and Ngauruhoe were pretty busy but, until now, nobody really perceived Tongariro as being as active as it has been.”

The new information, with the 2012 eruptions, had led to a range of new protocols and emergency policies at the peak, including warning systems and more public information. “[And] we’ve upgraded monitoring equipment in the area and have put in place more seismographs.”

Other research being presented would discuss findings around the ballistics of rocks that were ejected from the mountain in 2012, as well as the volcanic avalanches and debris flows that came with the eruption.

Mr Scott saw the event as a success story because authorities had been able to warn residents after monitoring picked up elevated activity.

• Electricity suppliers were hit with multimillion-dollar losses as ash shorted out power pylons and severely damaged turbines in the Rangipo power station. At times the ash plume reached as high at 10km, which represented a significant aviation hazard.

• The eruptions were similar in size to those in 1945, but their social and economic impacts were much greater. In 1945 there was just one ski area and no ski lifts on Ruapehu. By 1995, there were three ski areas and 36 ski lifts. By the mid-90s there were up to 10,000 people on the mountain on some days during winter. 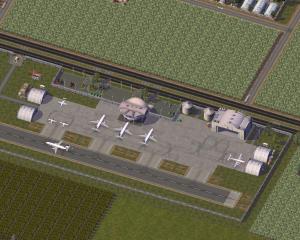 This airport is the second largest, designed to compliment SPAM and MTP communities and will replace the Maxis Municipal Airport.
The parking lots are transit enabled for vehicles.
All costs, stats and lot size remain the same as the Maxis original. 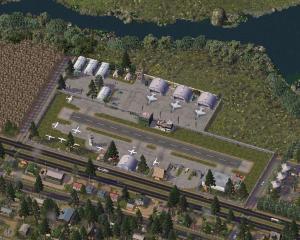 Way back in June 2010 the MTP abcvs Small Landing Strip one of my first ever lots was released.  It was also pre-spam so did not include any of the better props and textures from that pack.

The landing strip has now been given a mini make-over with a few of the newer SPAM props and textures.  The movie set trailer check in facilities have been given a small upgrade to an A-Frame chalet. The rollo-gate prop has now also been fixed, and the main gate will now open and close properly.  The parking lot is now transit enabled for vehicles and pedestrians.

This lot will replace the Maxis Small Landing Strip in-game however all costs and stats remain the same as the Maxis original.

To install unzip and place the lot file in:
Documents/Simcity 4/Plugins

**If you are using the original MTP abcvs Small Landing strip please delete that file from your plugins and replace it with this one.

This rural passenger station is designed to compliment SPAM and MTP themed communities.   The lot will plop one of five different station buildings, and features various timed props that will appear during the day. 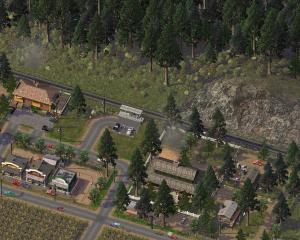 This small rural rail halt is designed to compliment SPAM and MTP themed communities, that has a quarter the capacity of a regular train station.

The parking lot is transit enabled for vehicles.